On the 15th of November, the Junganalytiker group of the Fachgruppe Analytische Chemie  der Gesellschaft Deutscher Chemiker e.V. invited their members to meet at the Max-Planck- Institut für Kohlenforschung (MPI) in Mülheim in order to get a view behind the scenes of the MPI’s various excellently equipped analytical divisions. The meeting was initialized by the “EmRay Group” (the group of Chemical Crystallography and Electron Microscopy) of Professor Dr. Christian W. Lehmann and his staff. Especially Nils Nöthling, doctoral candidate in the EmRay group, has to be credited for the great job he did, not only as the responsible for preparation of the exciting program but also as the chair during the meeting (Nils is also an active member of the Young Crystallographers group of the Deutsche Gesellschaft für Kristallographie e.V. [Nils was recently awarded with a poster prize during the STOE LabMeeting 2017 –Ed.]).

The meeting already started in the evening of the 14th November with a social dinner where the participants and several people of the MPI joined together in a relaxed atmosphere to get to know each other and have some nice conversations. The scientific program commenced in the following morning whereby the agenda covered some highlight talks given by the group leaders of the main analytical divisions during the morning and an extended guided lab tour through the facilities in the afternoon. 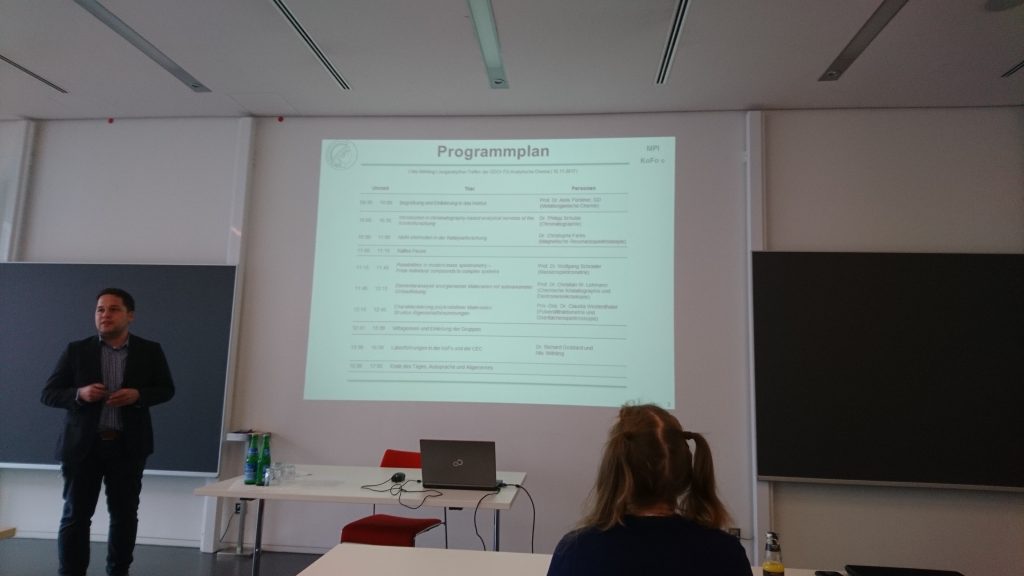 Nils Nöthling presenting the program of the meeting.

First speaker after the introduction by Nils Nöthling was Professor Dr. Alois Fürstner who is the leader of the Organometallic Chemistry group and the current Managing Director of the MPI. He gave a short outline on the history of the Max-Planck-Institut für Kohlenforschung which is the third-oldest Max-Planck Institute that was founded in 1912 as the first MPI outside of Berlin (From its foundation in 1911 until 1946 it was part of the Kaiser-Wilhelm-Gesellschaft. After the Second World War, the institution was restructured and renamed after Max Planck in 1946 who played an important role in that process). Over the years, many outstanding researchers have worked in Mülheim (and still do), like Karl Ziegler who was awarded the Nobel Prize in 1963 for his groundbreaking developments in the field of polymer chemistry. 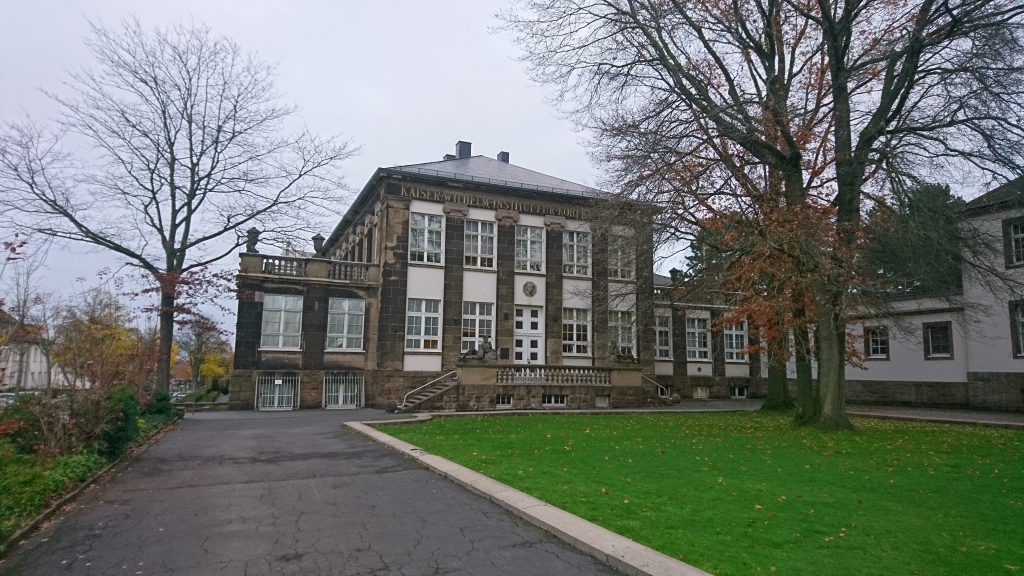 After lunch, Nils Nöthling and Dr. Richard Goddard guided the participants through the analytical facilities of the institute. This tour provided an impressive opportunity to have a look inside the laboratories like the Gas Chromatography and the Liquid Chromatography lab, the Mass Spectrometry lab, the Electron Spin Resonance Spectroscopy lab, the Nuclear Magnetic resonance Spectroscopy lab, the X-ray diffraction and Electron Microscopy lab, the Powder Diffraction lab, the Raman Spectroscopy lab and the Radio- Chemistry lab. Moreover, in each lab, the staff was prepared to answer questions and give some insights in the sometimes highly challenging business of providing outstanding analytical service for the research groups of the institute. 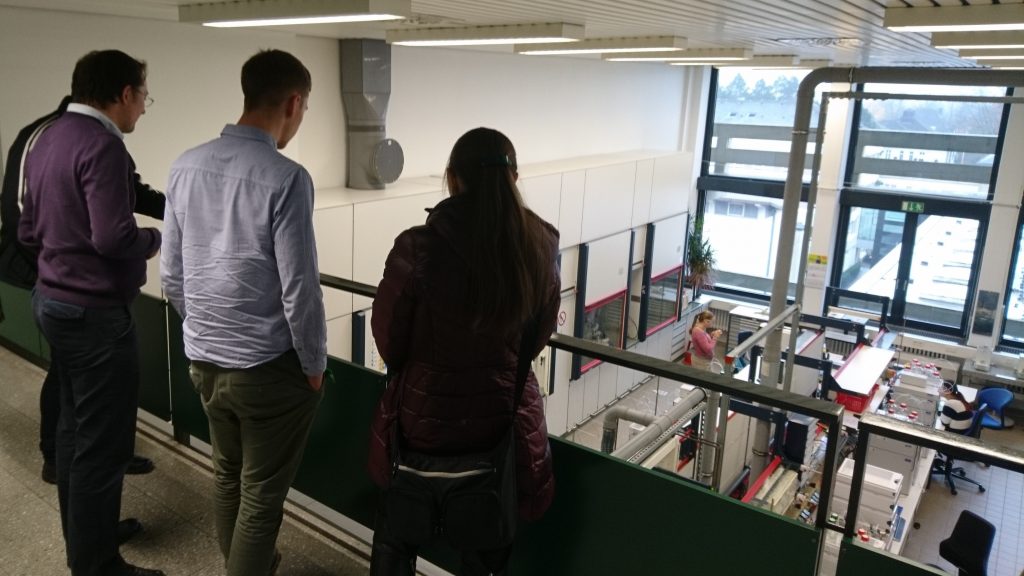 Visit of the HPLC lab during the lab tour.

When this highly amazing meeting was closed, we all agreed that it was a pleasure to attend to it. In the name of all participants I would like to thank the organizers for the great day in Mülheim, the involved staff of the Max-Planck Institute für Kohlenforschung and the Max-Planck Institute für Chemische Energiekonversion for the kind reception, the Fachgruppe für Analytische Chemie der GDCh for financial support and the Arbeitskreis ChemKrist der GDCh for sponsoring the catering.