YC collaboration: The search of Falk and Dennis for ionic pathways in inverse perovskites 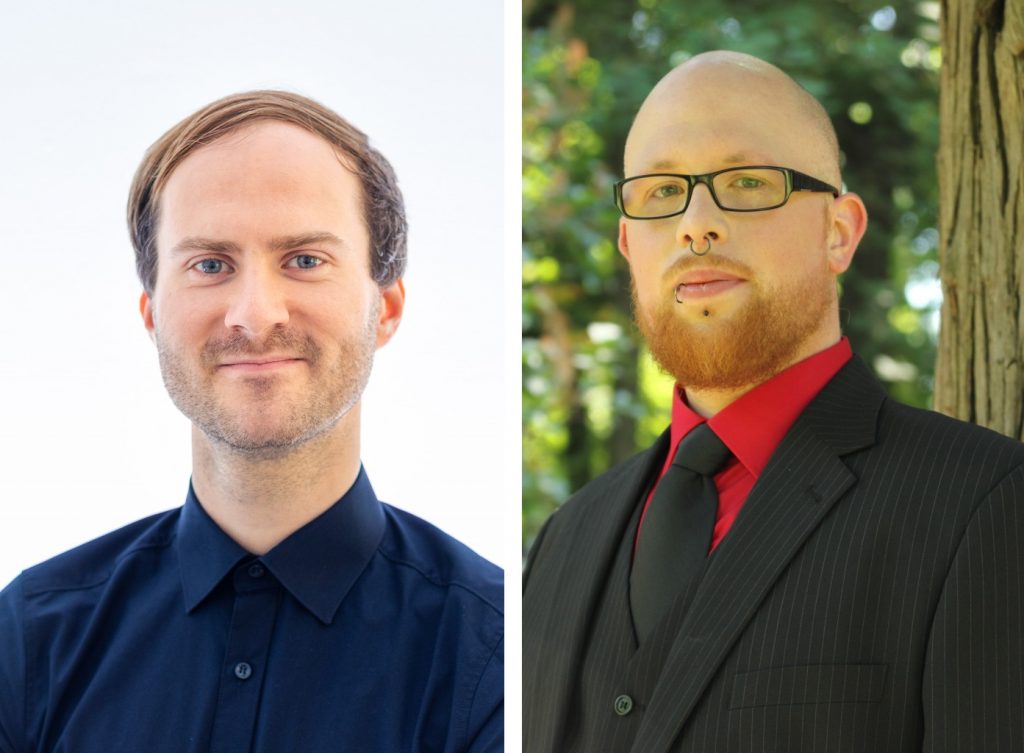 I am not quite sure when I met Dennis for the first time, but for sure it was during one of the first Young Crystallographers Meetings or GetTogethers. During my time as a member of the DGK, I got more and more connected to its members and especially to the Young Crystallographers, exchanging research interests, questions, similar life circumstances. No matter which crystallographic conference I went to, I was quite sure to meet at least a handful of co-members, which was super nice. Dennis and I had visited most of the „Young Crystallographers-exclusive“ GetTogethers, presenting our topics in 5-minute lightning presentations and a subsequent poster session. It took only one of these GetTogethers to find out we had similar interests. Independently of each other, we became fans of Voronoi-Dirichlet partitioning (VDP) – a geometric methodology to analyse void spaces within crystal structures, especially in the context of (cat-)ionic conductivity – and applied it to our topics that were both connected to diffusion.

During my PhD, I data-mined potential candidates for higher-valent-cation conductors, while Dennis applied neutron diffraction to lithium-ion conductors. Since I was more „fluent“ with theoretical methods concerning ion conductors, Dennis – who is an expert on experimental analysis of these materials – was very interested in bond-valence site-energy (BVSE) calculations that I applied in conjunction with VDP. The former allows an evaluation of the energetic landscape of migrating ions while the latter is focused on identifying possible void spaces within crystal structures due to geometrical boundary conditions. Dennis asked me to compute some crystal structures, which he measured a while ago using neutrons and analysed with VDP, with BVSE methodology. The former yielded ambiguous results.

The structure was an oxide-doped inverse perovskite with the formula O:BaLiF3 and a disordered  anion substructure. He suspected Li+, a small monovalent cation that is very well-known to be conducted in many compounds. Dennis’ VDP results did not really fully point towards this result, though, and we discussed the geometric data. Using the programme softBV of Prof. Adams (National University of Singapore), I created supercells of the disordered compound and calculated the migration energies for all constituting component ions. It became clear that not Li+, but F– was guilty of causing the ionic conductivity. It exhibited the lowest migration energy, furthermore indicating that  Li+ was static and trapped in its chemical environment within the perovskite.

Since this kind of methodology was not very wide-spread at this point of time, I was very happy to see other users of it. To discuss with somebody that was fluent with the terminology face-to-face helped me a lot to see the advantages of the method but also to be more aware of the limits and disadvantages. I guess/hope that Dennis was feeling similarly about this. Most of the other experts within this topic were a couple of thousand kilometres away from us. Even though most of the communication regarding the paper happened via e-mail, it helped a lot to see each other in real life on the various conferences and GetTogethers, the dinners and drinks during and after these events.