Another year, another town, another conference – or – the same procedure as every year. The 27th annual meeting of the German Crystallographic Society (the DGK) took place in Leipzig at the end of march. The conference rooms were close to the train station, which made the arrival and departure much more comfortable. It was also directly next to Augustusplatz, supporting any idea of nightly toast among friends and colleaques.Of course, this was put to good use.

It was the third conference I attended. The overall structure is basically always the same. The things, which actually change, are the presented themes. The range goes from different methods – including new approaches as well as improvements and creative applications of well-established ones – via structural specifications – for a physicist it is amazing how strongly represented the field of biological crystallography is – to effect descriptions.

Among all these scientists of different fields were also more than 30 young crystallographers, who are in the early years of their career. In short talks they had the opportunity to present their work, before discussing it in a poster session. It is a nice way to be drawn out of the comfort zone. The numbers of participants show the high degree of popularity of this format. 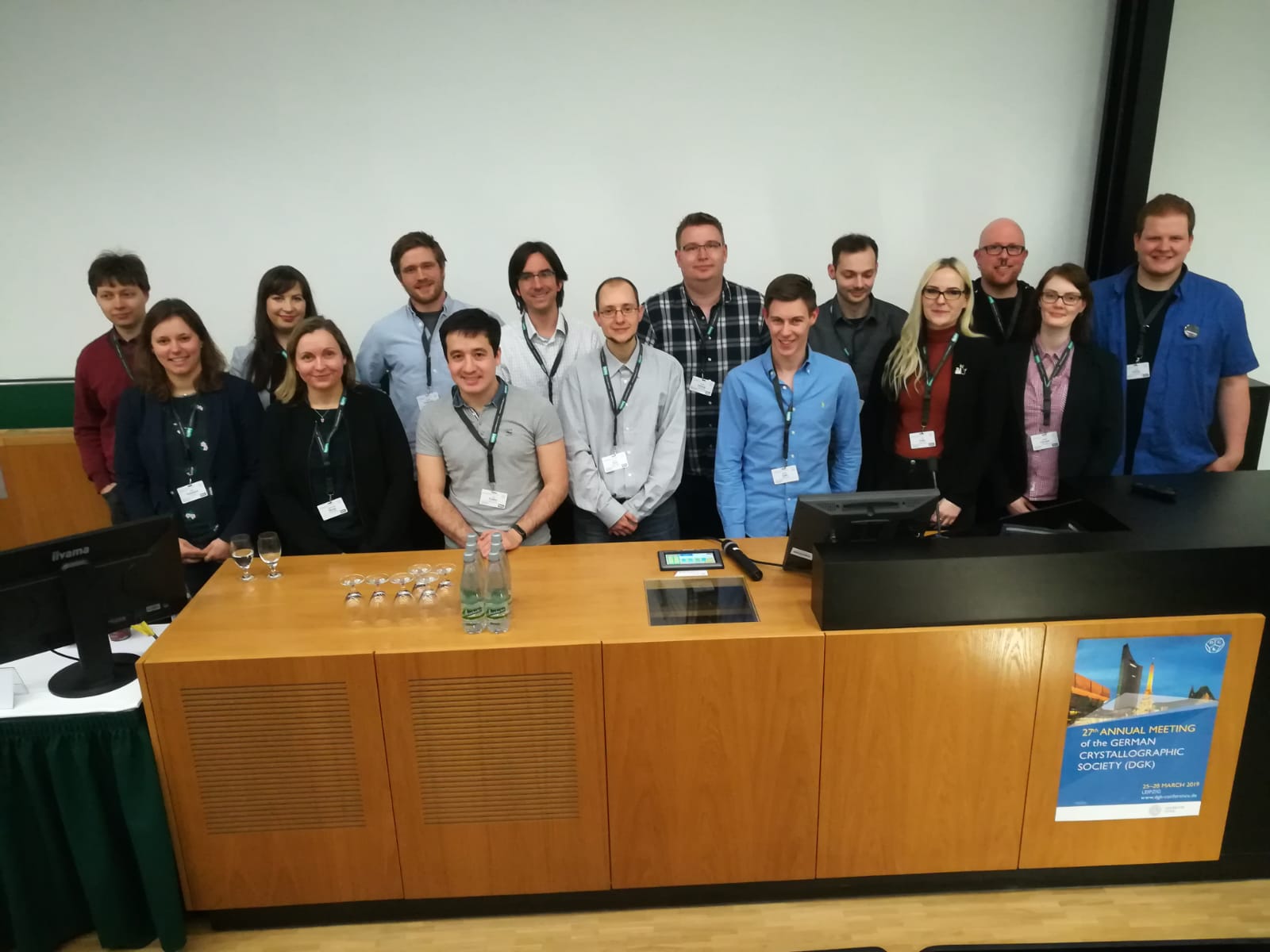 Participants of the first round of lightning talks. 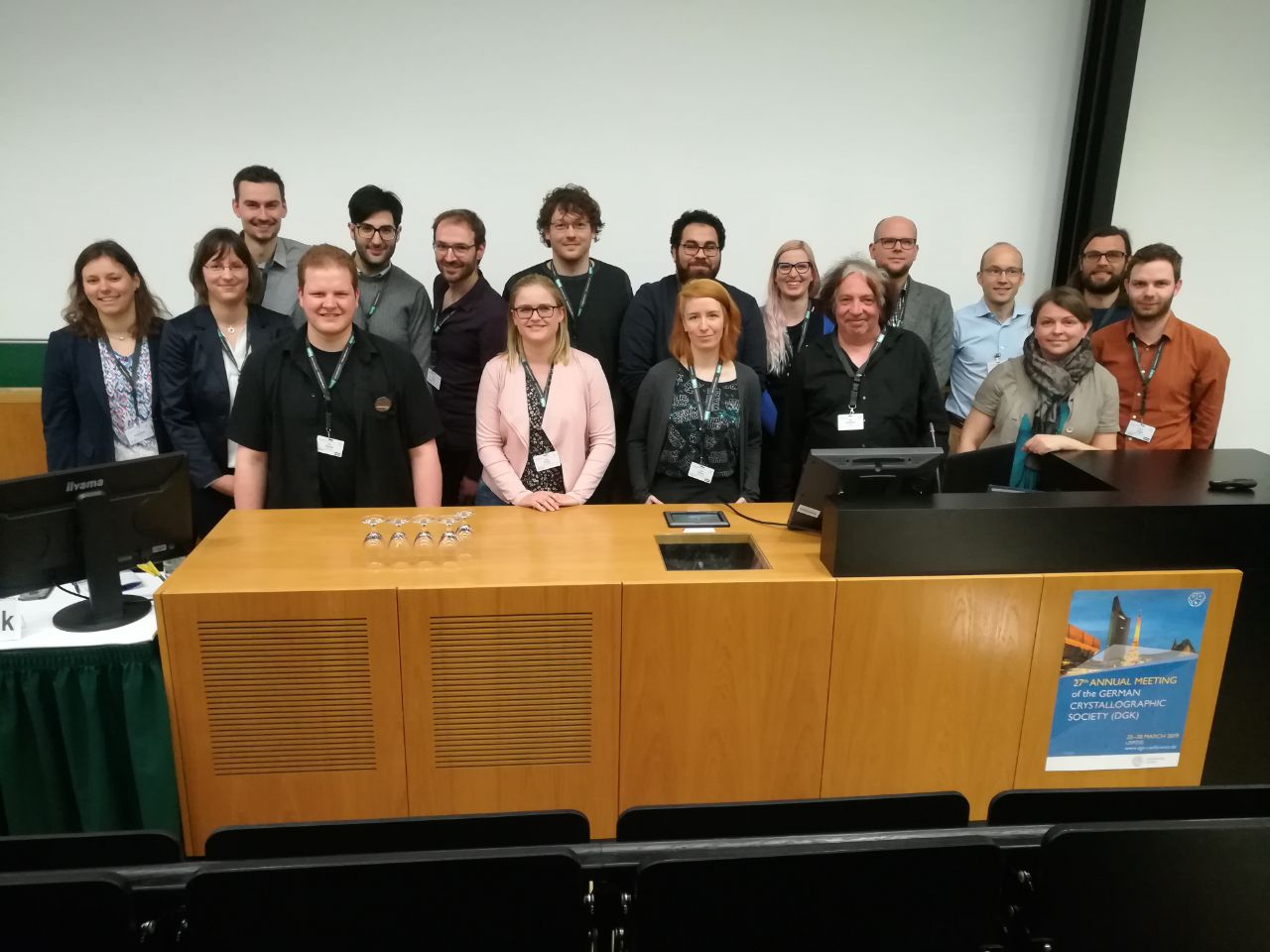 Participants of the second round of lightning talks.

There is also a competitive addition in form of poster prices. The three best presentations were awarded with a nice present and a certificate. The awards went to: 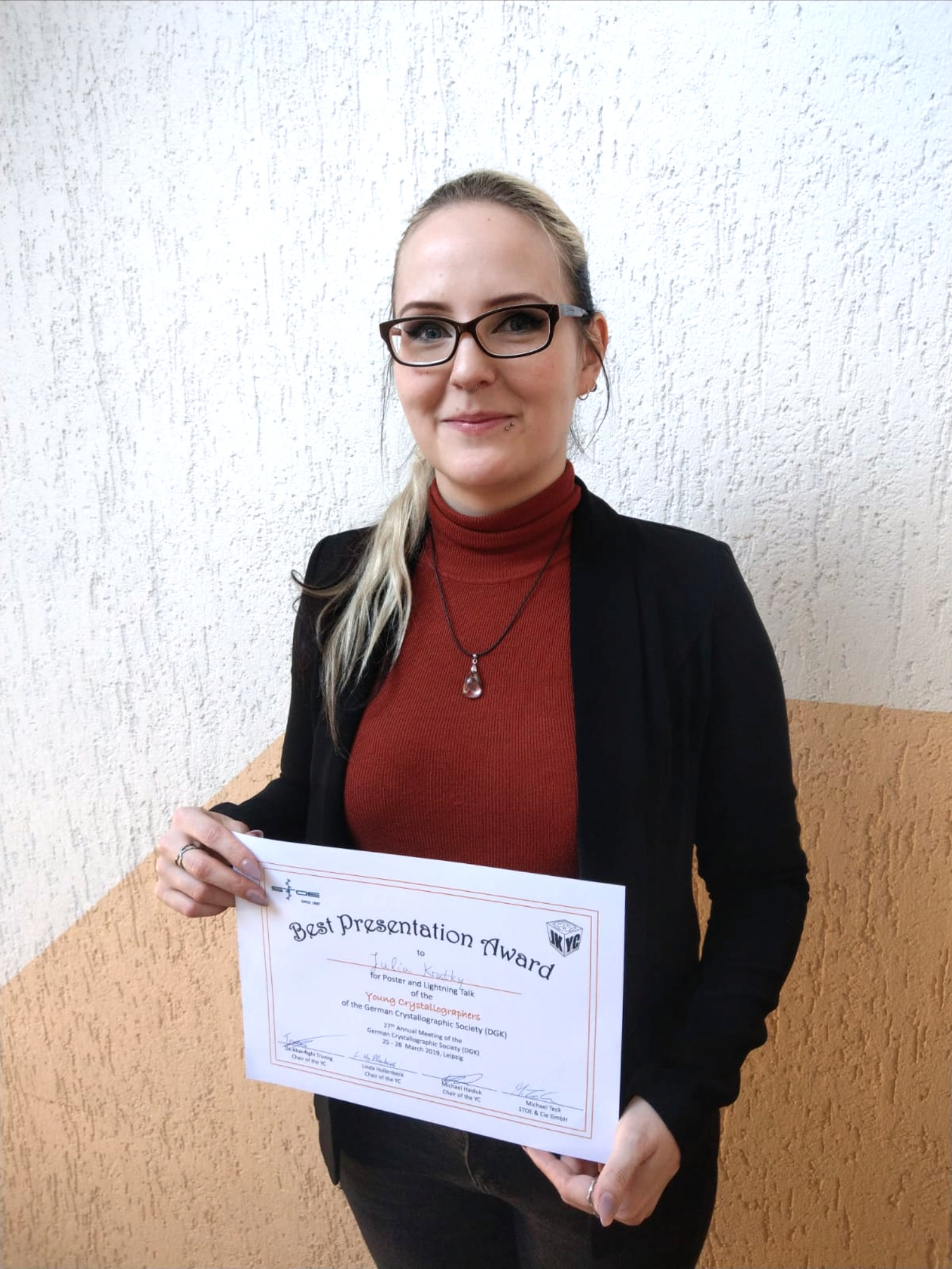 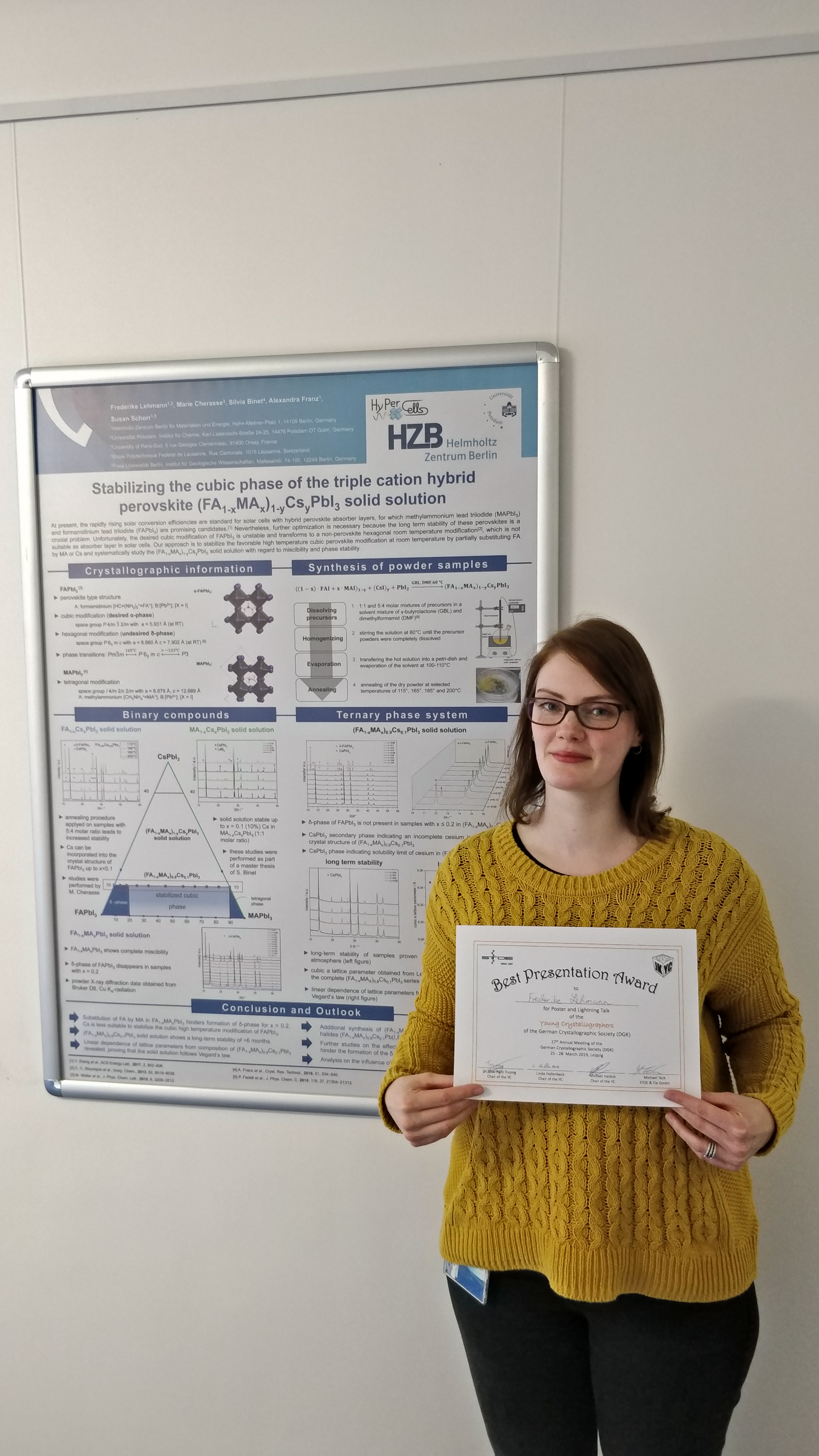 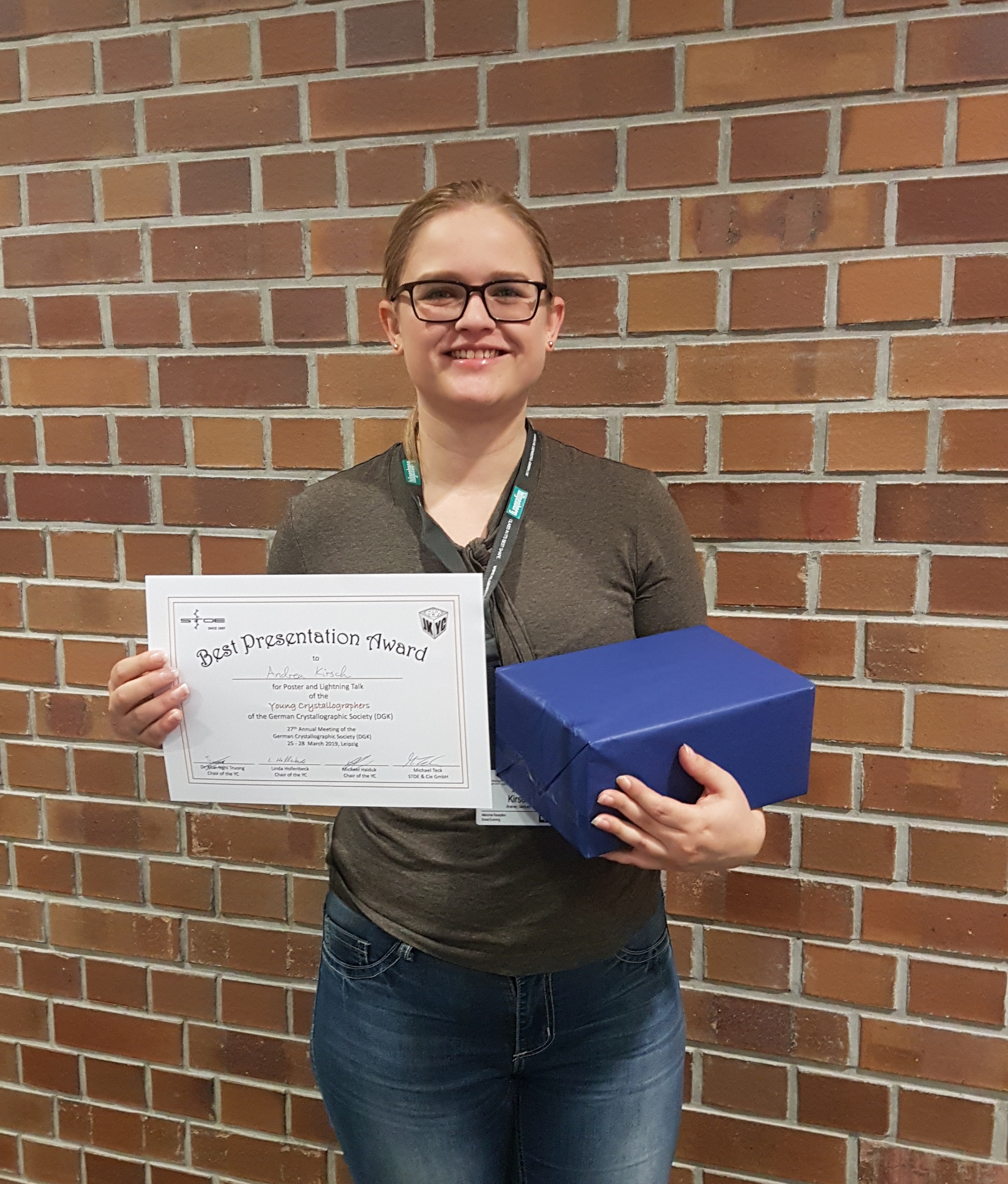 We would like to thank our sponsors to make this conference and the poster prices possible: