The 3rd Lab Meeting of the Young Crystallographers @ STOE

Posted on 4. October 2021 by Melanie Nentwich

Written by Jakob Möbs, PhD student in the Department of Chemistry at Philipps-Universität Marburg. 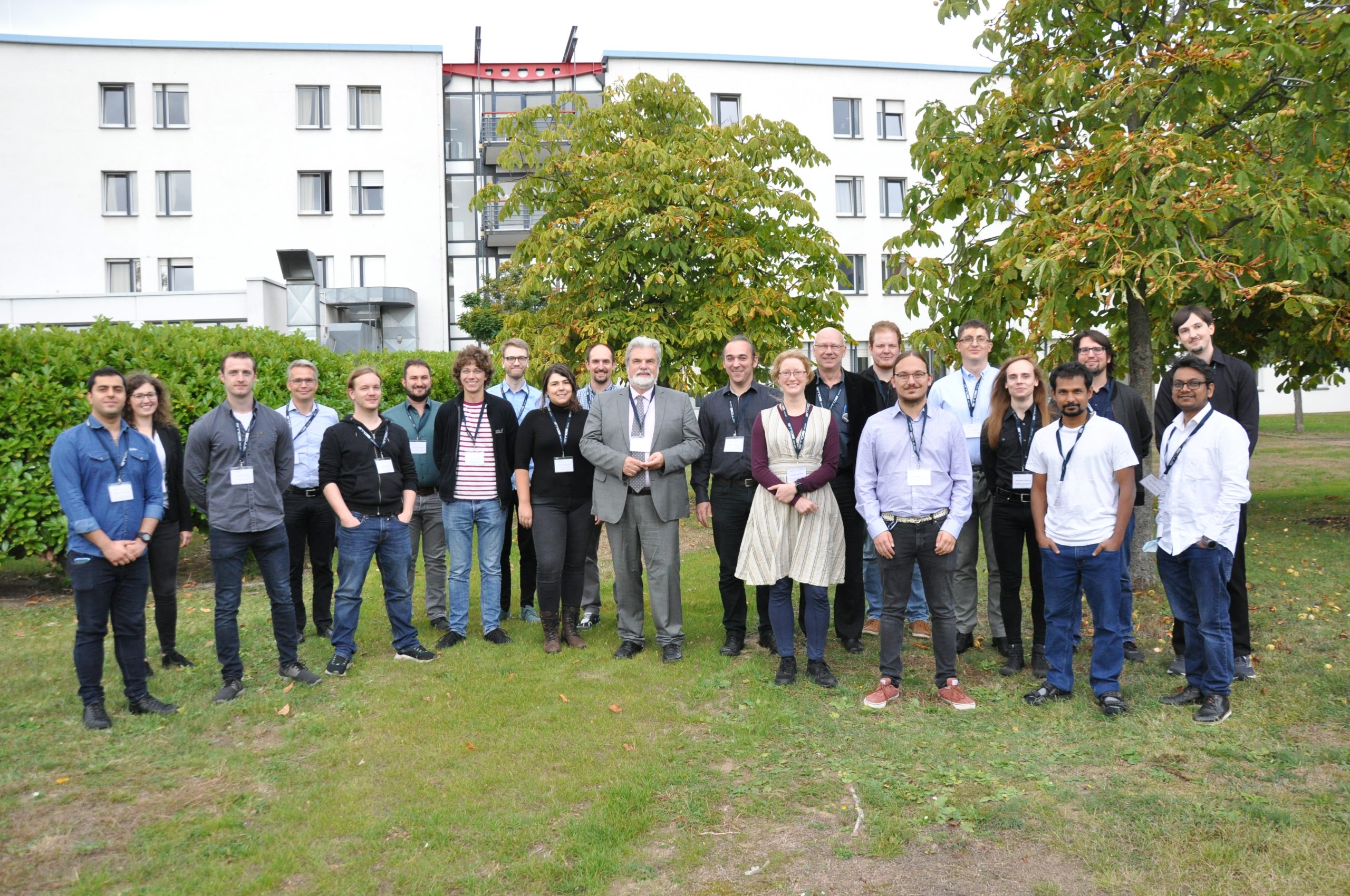 Group picture of all participants. Photo by Jan Philipp Wöhrle.

One of the first live events to happen after the two-summer break of the COVID-19 pandemic was the meeting of the Young Crystallographers of the German Crystallographic Society (DGK) at the end of September 2021. On quite short notice the organizing team had managed to get the STOE & Cie GmbH on board as sponsor and secure a series of academic and industry speakers as well as get the word out to all the potential attendees.

So on a nice sunny evening in late September young scientists from all over Germany and Poland and also some of the speakers met up in Darmstadt right next to the company grounds of STOE. On that evening there was nothing more planned then to get to know each other over dinner at the local brewery. I was surprised to learn that the participants came from a much broader range of backgrounds than I had expected. For me as a synthetically working inorganic chemist, single crystal and powder x-ray diffraction are the main methods to identify and characterize new materials but I had never come in contact with crystallography outside this chemical application. In our small group of twelve participants and four organizers, however, we had experimental and theoretical physicists, mineralogists, material scientists and even a mathematician, who all employed some kind of x-ray diffraction, scattering or spectroscopy in their work. So at the end of that night I was very excited for the next one and a half days of presentations and discussions about all possible fields of crystallography.

The second day started off with the official welcome by Tina and Constantin, the chairs of the Young Crystallographers, and Martin Fark, the CEO of STOE. After that, it was time for the first academic talk, in which Manfred Weiss, who is a protein crystallographer at BESSY in Berlin, asked the question, “Is crystal structure analysis a viable screening method?” For me as a chemical crystallographer the answer to that would be a strong “no”, since on our lab diffractometers measurements usually take between two and twenty-four hours and measuring time is quite scarce. However, Manfred Weiss told us that with the power of a synchrotron at your fingertips and a great deal of automation for data interpretation, it is no problem to diffract two hundred protein crystals a day.

In the first industry talk that followed Michael Teck, application scientist for powder diffraction at STOE, gave an overview over all setups and solutions the company has to offer in this regard. But now it was time for the heart of the conference’s program: The first session of lightning talks, where six of the participants gave five minute teasers for their posters, which were to be presented in the afternoon. 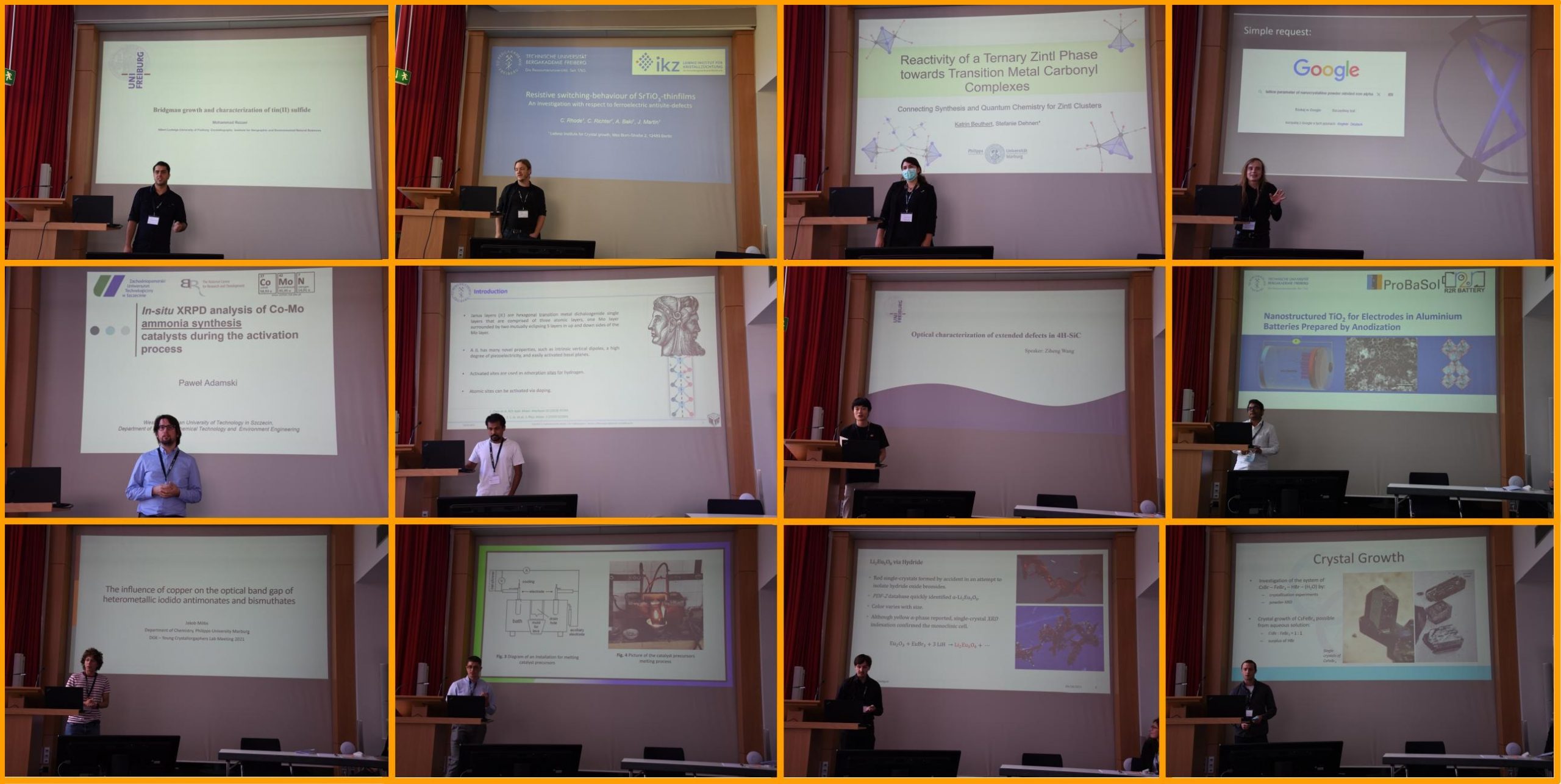 After the lunch break Thomas Schleid, professor for inorganic chemistry at the university of Stuttgart and chair of the DGK, gave a talk about his research regarding luminescent lanthanoid(III) oxoantimonate(III) halides and the interesting structural features of these compounds, before Tom Faske from STOE showed the recent advances of the companies single crystal diffractometers. Then it was time for the very lively first poster session after which Martin Fark took everybody over to STOE’s company building, where all their devices are hand built and tested. While we were given a tour of the whole facility and seeing all the devices from the talks in action as well as in different states of assembly, the rest of the staff fired up the barbeque and opened a cask of beer for dinner on the STOE grounds that reached well into the night. 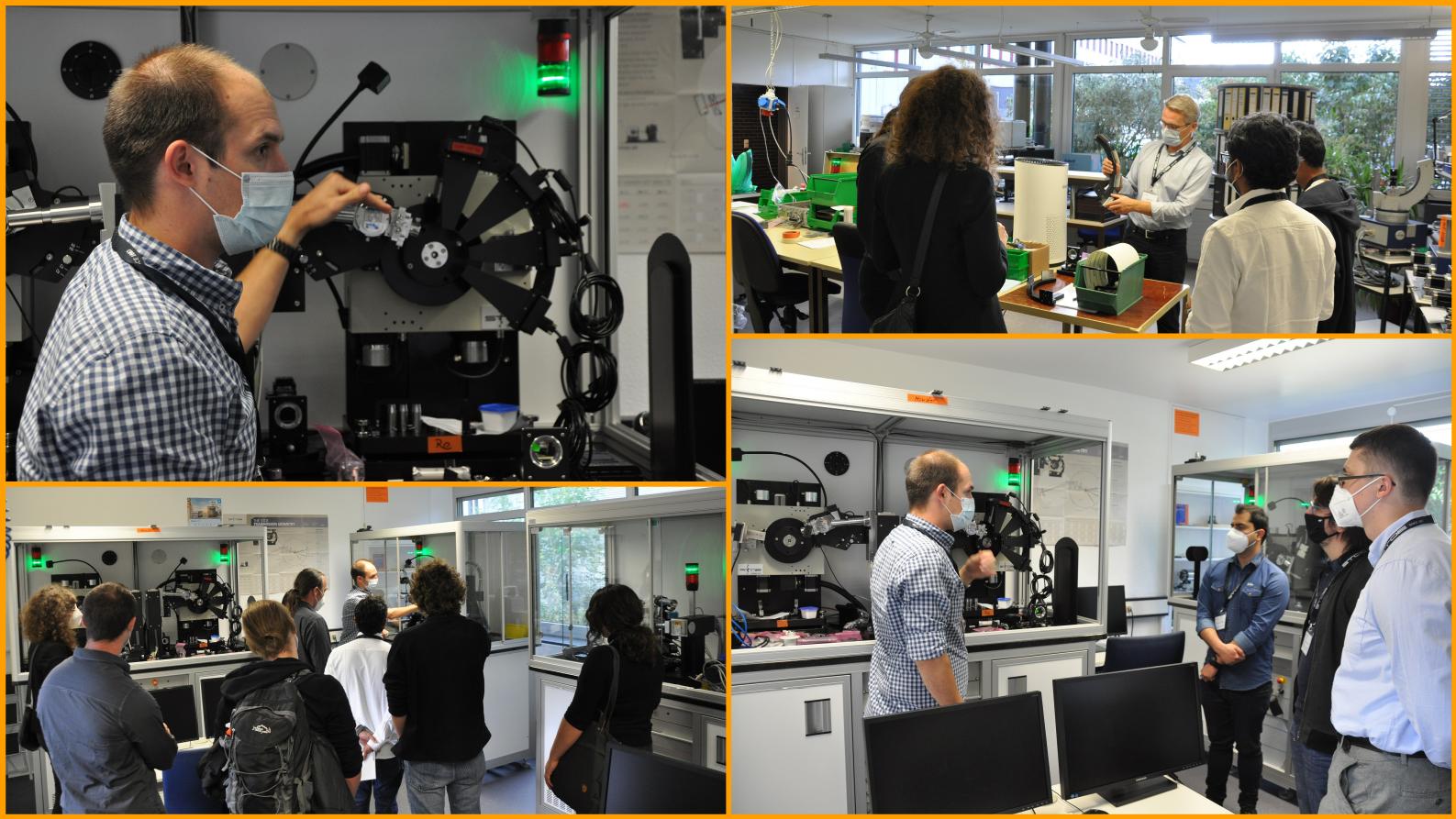 Impressions from the der LabTour. Photos by Jan Philip Wöhrle.

The last day began with the last industry talk. This time not from STOE, but one of their supplying companies, Anton Paar. Marius Kremer, who is application specialist there and a former member of the Young Crystallographers, however, didn’t talk about the company’s product range but rather about his own journey from university into the first job in the industry and the challenges he had faced when applying for a job during a pandemic and then moving from Germany to Austria. Afterwards the second session of lightning talks was finally due, which was followed by the poster session. This (as well as the first one) I found to be a huge success. On no other conference before I got so much attention at my own poster or was able to give as much attention to other posters as this time. On one hand this was because everybody was somewhat prepared through the lightning talks and on the other hand it was due to the nice small number of participants, which made it possible to look at every single poster and talk to all the presenters (who were not in one’s own session, of course). 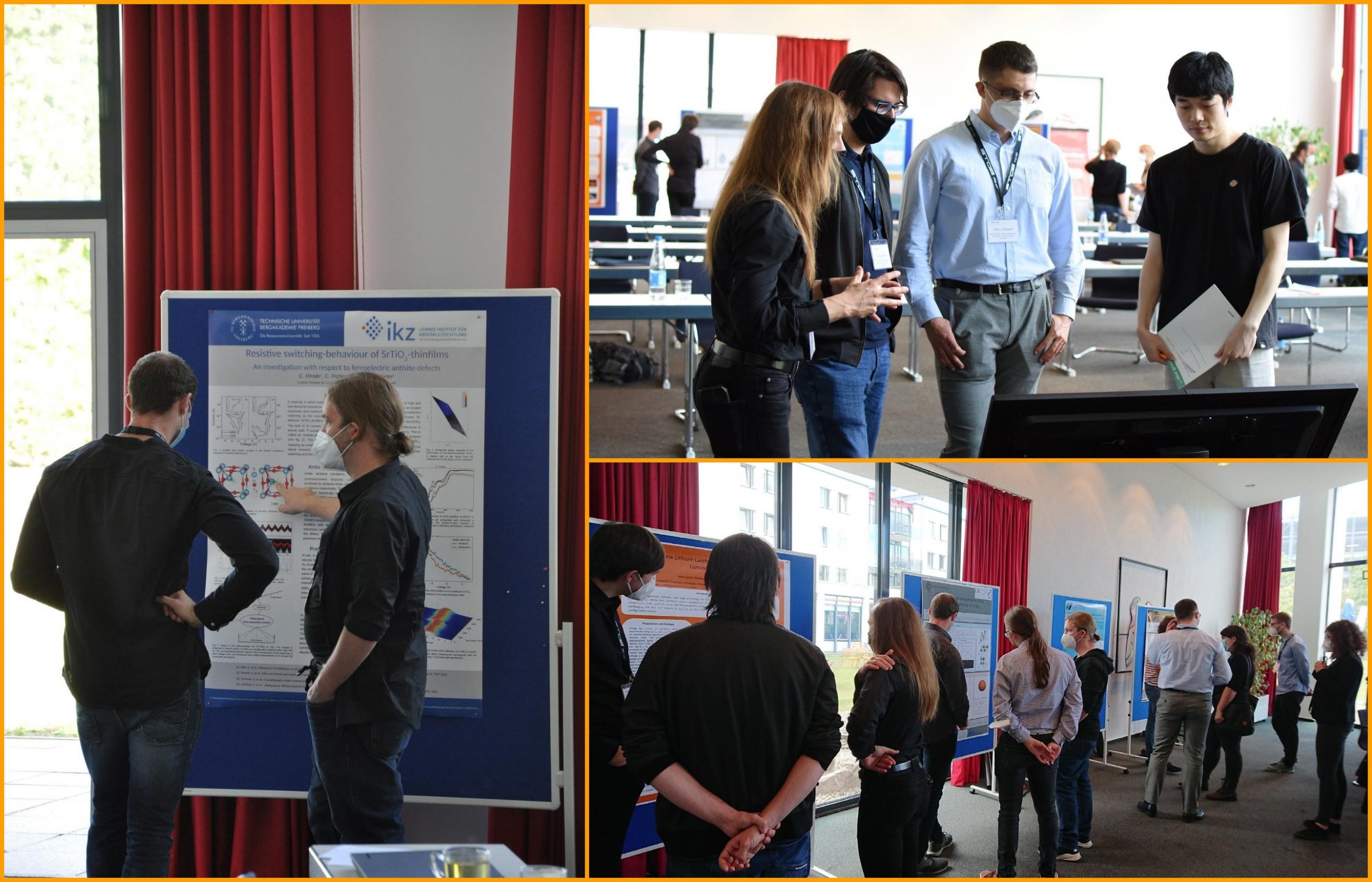 Impressions of the Poster Sessions. Photos by Jan Philipp Wöhrle and Constantin Buyer.

After the lunch break it came to the last talk of the conference, where Matthias Zschornak, a physicist from the university of Freiberg, gave us some insights into his work on the functionalization of perovskites by the selective introduction of defects into the material and how these defects can be analyzed be a combination theoretical calculations and x-ray methods.

Finally, the 3rd lab meeting of the Young Crystallographers at STOE ended with the presentation of three poster awards, which Katrin Beuthert, Aleksander Albrecht and myself were lucky enough to win.

Award ceremony of the Poster Prizes. Tina Weigel and Martin Fark hand out the prizes to the winners Aleksander Albrecht, Katrin Beuthert and Jakob Möbs (from left to right). Photo by Constantin Buyer.

The only thing that is left now is to look forward to meeting everybody again at the next DGK conference in Munich!

This entry was posted in Uncategorized and tagged meeting, Young Crystallographers. Bookmark the permalink.
﻿